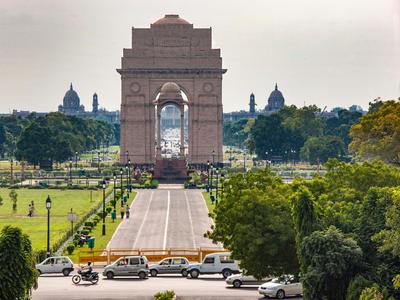 "No entertainment options." (in 2 reviews)
"There was no alcohol on the flight." (in 5 reviews)
"The beverage options were limited and mostly consisted of different flavors of fruit soda." (in 1 review)

Where does Batik Air fly to?

What is Batik Air’s primary hub?

Batik Air concentrates most of its flight operations in Kuala Lumpur.

How does KAYAK find such low prices on Batik Air flights?

KAYAK is a travel search engine, meaning that we continuously look across the web to find the best deals for our users. With over 2 billion flight queries processed yearly, we are able to display a variety of prices and options on flights from all airlines, including Batik Air.

Owned by an Indonesian airline, Malindo Air has its headquarters in Malaysia and flies to over 50 different destinations throughout the world. For those that would like to visit somewhere in Asia, it is possible to travel to the countries of India, Indonesia, and Thailand, all of which are popular destinations among customers.

Passengers that are flying with this airline have the opportunity to choose from two travel classes: Economy and Business. While Economy will provide you with standard amenities, such as comfortable seats and access to the plane’s entertainment system, Business comes with additional legroom, free drinks, and a hot meal.

This airline has direct connections with several other airlines, including the Lion Air Group and Firefly, a company that previously merged with Malindo Air. Additionally, they have interline agreements with several other companies, such as Etihad Airways, Oman Air, and All Nippon Airways. To increase the number of flights that they are able to service, they have made codeshare agreements with two international airlines: Batik Air and Turkish Airlines.

Malindo Air has a fleet that is composed of over 40 aircraft that are primarily ATR and Boeing. The most frequently flown is the Boeing 737-800, a plane that is often employed for short to medium-range flights and can fit up to 150 passengers. For longer flights that go to destinations such as the United States or Australia, the airline will often use the Boeing 737-900ER, a choice that can fit up to 168 passengers and is known for being particularly spacious.