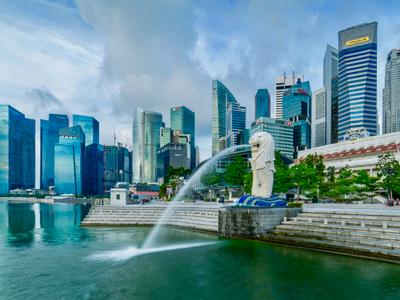 On board Jetstar Asia flights, cabin baggage should not exceed 56x36x23cm. If your hand luggage is bigger, the Jetstar Asia assistance team will most likely ask you to pay extra for checked luggage.

Where does Jetstar Asia fly to?

What is Jetstar Asia’s primary hub?

Jetstar Asia concentrates most of its flight operations in Singapore.

How does KAYAK find such low prices on Jetstar Asia flights?

KAYAK is a travel search engine, meaning that we continuously look across the web to find the best deals for our users. With over 2 billion flight queries processed yearly, we are able to display a variety of prices and options on flights from all airlines, including Jetstar Asia.

Based in Singapore, Jetstar Asia is a low-cost airline that operates both domestic and international flights. For those that are hoping to visit a country in Southeast Asia, you can go to destinations like Indonesia, Myanmar, Cambodia, and the Philippines. If you are interested in traveling to Asia, you can book a flight to Russia.

This airline is a subsidiary of Jetstar Airways, meaning that it has several sister airlines, including Jetstar Pacific and Jetstar Japan. Additionally, it has codeshare agreements with Emirates, Finnair, SriLankan Airlines, and Qantas. The company also maintains interline agreements with many other airlines, such as Air France, British Airways, Fiji Airways, and LOT Polish Airlines.

Jetstar Asia generally offers two travel classes on its flights, which are Economy and Business. With Economy, you are able to choose your seat, bring a small carry-on, and enjoy the plane’s in-flight entertainment system. If you fly in Business Class, you will be provided with a free hot meal, a wider seat that reclines further, noise-canceling headphones, priority boarding, a checked bag, and a comfort pack that contains items like a sleep mask and earplugs.

Out of the 18 planes that make up this company’s fleet, almost all of them are Airbus. The airline generally opts to use the Airbus A320-200 the most frequently, as it has a high passenger capacity of 180 people and is particularly convenient for medium-range flights, such as between two countries in Asia.

While the airline’s main headquarters can be found in Singapore, it has three additional hubs that are placed in South Korea.