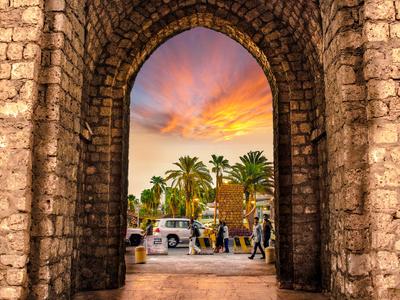 What is flyadeal's carry-on size allowance?

On board flyadeal flights, cabin baggage should not exceed 55x35x25cm. If your hand luggage is bigger, the flyadeal assistance team will most likely ask you to pay extra for checked luggage.

Where does flyadeal fly to?

flyadeal offers direct flights to 23 cities in 7 different countries. Jeddah, Riyadh, and Abha are the most popular cities covered by flyadeal.

What is flyadeal’s primary hub?

flyadeal concentrates most of its flight operations in Riyadh.

How does KAYAK find such low prices on flyadeal flights?

KAYAK is a travel search engine, meaning that we continuously look across the web to find the best deals for our users. With over 2 billion flight queries processed yearly, we are able to display a variety of prices and options on flights from all airlines, including flyadeal.

A budget airline that is based in Saudi Arabia, flyadeal flies to 8 different destinations, all of which are domestic trips traveling to the company’s main hub airports.

This airline was created in 2017 by Saudia, a company that is known for being the flagship airline of the country and for operating flights to a variety of destinations that are primarily located throughout the Middle East, Europe, and Africa. It is oftentimes compared to Nesma Airlines and SaudiGulf Airlines, both of which are companies that offer a diverse selection of domestic flights at prices that won’t break the bank.

As flyadeal is known for being a budget-friendly airline, the company only has one travel class, which is referred to as Economy. When you are traveling in Economy, you will be able to benefit from several amenities, like bringing a carry-on item for free, having complimentary food and drinks, and being given access to outlets and USB ports in order to charge your personal devices.

flyadeal operates a fleet of over 10 different aircraft that are all Airbus. For medium to long-range flights, the Airbus A320-200 is the plane that is primarily used, due to the fact that it has a capacity of over 180 passengers, has an impressive fuel capacity, and has a spacious interior that includes three seats per aisle. For shorter trips, such as domestic flights, the Airbus A320neo is a more common choice, as it has a smaller capacity and was created for the purpose of traveling smaller distances.