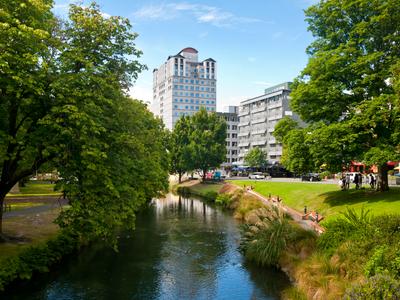 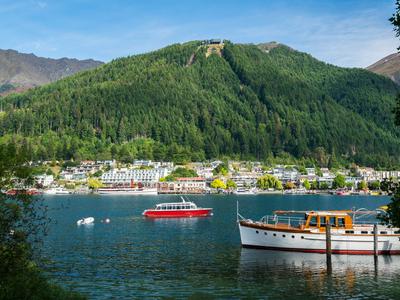 "Flight attendants were occasionally impolite." (in 146 reviews)
"Sat in business class pods." (in 10 reviews)
"The seats are comfortable." (in 80 reviews)

On board Air New Zealand flights, cabin baggage should not exceed 118cm. If your hand luggage is bigger, the Air New Zealand assistance team will most likely ask you to pay extra for checked luggage.

Where does Air New Zealand fly to?

Air New Zealand concentrates most of its flight operations in Auckland.

How does KAYAK find such low prices on Air New Zealand flights?

KAYAK is a travel search engine, meaning that we continuously look across the web to find the best deals for our users. With over 2 billion flight queries processed yearly, we are able to display a variety of prices and options on flights from all airlines, including Air New Zealand.

Operating the majority of its international services out of its primary base in Auckland, Air New Zealand flies to more than 15 countries across the globe. Longer distance flights reach both North and South America, while there is also a wide range of services offered within the Asia and South Pacific region. Secondary hubs are located in Christchurch and Wellington, which help ease the load of domestic routes within New Zealand and to Australia.

Air New Zealand joined Star Alliance in 1999 and has been one of the longest-associated members. Through partnering with major carriers such as United Airlines, Lufthansa, Air Canada and Turkish Airlines, customers can benefit from more departure time options and smoother flight transfers. Additional codeshare agreements are held with Etihad Airways, Qantas, Alaska Airlines and Fiji Airways. Air New Zealand Link operates as a subsidiary of the major airline and focuses on connecting regional destinations.

If you are traveling on a long-haul transcontinental trip it is likely you will board a Boeing aircraft such as the 787 Dreamliner. For short-to-medium routes within Asia, the airline prefers Airbus planes like the A320 series. In alignment with being the national flag carrier of New Zealand, the fleet is decorated with a silver fern.

Passengers traveling in the Economy cabin can choose the standard budget-friendly fare or upgrade to either the Skycouch or Premium Economy section. Traveling in Skycouch involves booking an entire row, which can then be flattened out to make a comfortable seating or play area. Seats in Premium Economy have approximately 41 in of legroom, while Business Class passengers are treated to a memory foam mattress and guaranteed direct aisle access.