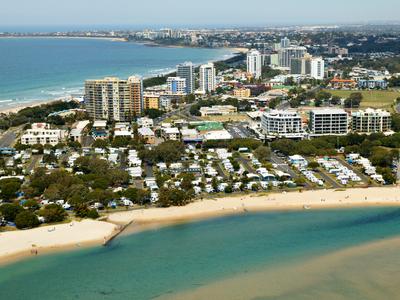 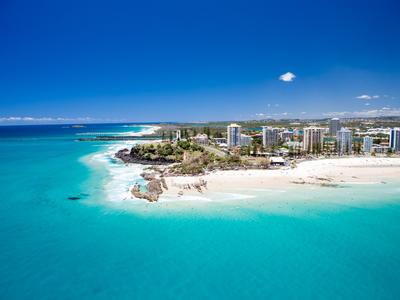 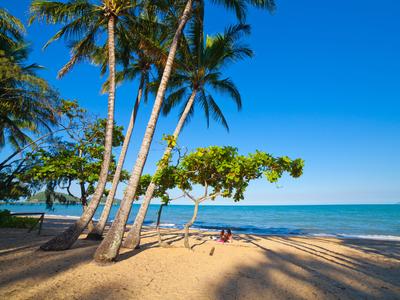 How long is the flight to Queensland?

An average direct flight from India to Queensland takes 32h 16m, covering a distance of 9396 km. The most popular route is Thiruvananthapuram - Maroochydore with an average flight time of 29h 45m.

What is the cheapest flight to Queensland?

What are the most popular destinations in Queensland?

Cons: "More entertainment and food options. Service not in line with price charged for the flight"

Cons: "The food was of very poor quality and no alternatives. Went hungry the entire flight."

Cons: "No sweets were served in any meals. Not even a chocolate candy."

Pros: "Overall service"
Cons: "I had to check in my cabin bag"

Pros: "Good air craft friendly staff"
Cons: "Delay in check in more than 2 hours.which was due to system issues.needed lot of followup in spite of all documents"

Cons: "Too much waiting in queues... Minimum of 2 hours of waiting, Too few counters."

Pros: "Overall very good The flight attendants were exceptionally professional. It went way beyond taken care of customers."
Cons: "Other customers on the flight were extremely rude, spread the dirty things all over the airplane! Need moreupdated movie selections."

Pros: "Food was great. Crew was very nice and it was a very comfortable flight."

Cons: "I wanted to cancel this flight and I am not able to connect to the right department in just fly, this is the most annoying experience I have had. If left unresolved I might not use kayak.com ever again"

Pros: "They did not took us at team lunge having silver card and kept waiting at general lunge. Not cooperative officer."

Pros: "Friendly staff, nice food and had a great time on the flight"

Pros: "Multiple delays which was due to poor management on the airlines side"

Pros: "The food was awesome. The staff was friendly and courteous. Seats were comfortable."

Pros: "Efficient and friendly crew, on time"
Cons: "Boarding announcements can be improved so that it's clear which group of passengers can board. Seats are too narrow even for average sized individuals."

Pros: "What is there not to like? Service, comfort, on-time performance, food, entertainment"

Pros: "The service was very efficient and warm. The food was tasty. The team was throughout helpful and prompt."

Cons: "Waiting at Abudhabi before boarding in the passage lobby especially night time in hang over is disgusting. There should be sitting arrangement at least."

Pros: "US pre clearance"
Cons: "Crew was very rude. Food was not good. Meals were served late. No adequate snacks on board"

Pros: "the flight was half full so we could really stretch out."

Pros: "Is very nice is on time on everything ...."
Cons: "Everything is good"

Pros: "Just average flight, nothing so special"
Cons: "the flight was so overbooked that I had to stand in the queue for an hour for check-in, All the overhead compartments were full and I could not put a small bag in it, the crew even did not bother to help me with it. Ultimately I had to stow it beneath the seat. The seats were so cramped"

Pros: "For the price, its good, Entertainment system is really good, also its` good for the quick flight.Flight is always On time!"
Cons: "Staff is not super welcoming, looks like they are forced to serve the economy class, you get what you pay for, Also its super crowded."

Pros: "The food was nice. Vegetarian and non veg options were good for all the passengers."
Cons: "Boarding process was one of the most unorganised and pitiful for passengers I have ever seen!! Baggage check in process was a mess and the crew could not handle it. There were multiple lines at baggage check in for some reason for economy itself. We were guided by crew to one of the lines. Then after half hour, they put our line behind another line that arrived after us! Mismanagement led is to wait for nearly 2 hours at baghage check in. Also, the person at kiosk failed to check me in for connecting flight from Abu Dhabi(I was marked for airport checkin, so web check in was not an option). So when I reached Abu Dhabi, I was told my name was not even on the list!! Moreover I had only half hour layover at Abu Dhabi due to delayed flight from Mumbai . One of the worst experiences ever as it was also our honeymoon!"

Pros: "Cleaniness , food , entertainment"
Cons: "Air hostesses, my daughter asked 3 times for something . They kept saying will give and eventually no manners to come and reply also .. Asked for an extra bun for my 3 year old I was said will come back after the round but again no one came .. Never experienced this with any other flight .. Boarding also with kids was a little difficult when going by bus to the aircraft .. No priorities .. Only pushing .."

Pros: "Didnt make it. Neither did they give me an alternative to the flight."

Pros: "The A380 aircraft is an absolute delight to travel in. Makes the flight very comfortable."
Cons: "The crew was quite unfriendly and refused to provide any additional snacks or drinks after 1st service. Very limited food menu and very little in quantity."

Pros: "Good entertainment options although the screen/controller seem outdated and unresponsive. I would suggest not shutting off the entertainment while on the ground or too early (shut off an hour before landing)"
Cons: "My biggest complaint would be that we waited on the plane for over an hour and a half in Mumbai for late passengers. This caused a ripple effect which made us miss our arrival spot and have to wait an additional 30 min on the plane once we landed. You should never make 400+ people sit on an airplane for 2 additional hours (for a 3 hour flight) because a few passengers did not plan well and were late. That logic was insane to me and incredibly frustrating. That is my only complaint that would actually make me think twice about flying Etihad again. The crew seemed annoyed anytime I'd ask for water. A more western food option would be nice rather than just 3 options of rice and curries. Also the food timing did not line up well (eating fish at 9am)."

Pros: "The service was spectacular to begin with. It was consistent, frequent and ultimately satisfying. It was a very comfortable ride with enough space for a broad guy like me. What I love most is their selection of entertainment. I wasnt expecting the food to be as good as it was. I love their flight progress and flight time."
Cons: "Jet airways disappointed me from Abu Dhabi to Mumbai because it took a while to board then after boarding we waiting over two hours for a delay."

Pros: "The flight was awesome. A380 is thebest"
Cons: "They didnt have A380 from abu dhabi to SFO which was the longest part of my trip."

Pros: "Flight seats and entertainment was good"
Cons: "Overbooking Confirmed flight and seats gets cancelled when you reach airport to board Airports and call center staff is rude, no response when my luggage was missing I will never fly with etihad again."

Pros: "Food and upkeep of aircraft"
Cons: "Your association with Aer Lingus"

Pros: "Courtesy of crew, food and cleanliness"
Cons: "Good in all respect"

Pros: "Aircraft fleet and airport is good. Good infrastructure."
Cons: "The cabin crew is not at all courteous. When you start travelling in US, you realize how different the crew's attitude is. When you want to say no to the customer, atleast make an effort to accommodate the needs of the customer first. Minor requests made by the passengers should be accommodated. You just rudely say No. Learn something from American customer service!!"

Pros: "The flight was on time. The food was great, seating was comfortable. Crew members were very helpful."

Pros: "Seats were comfy, crew was helpful, in flight entertainment was very good. Overall quite good.. Would definitely fly Etihad again."
Cons: "Only problem they didn't have proper veg food on the mum-abu Dhabi route. But that wasn't an issue on Abu Dhabi - NY route."

Cons: "Bathroom floors were wet most of the time."

Cons: "Small plane and crowded and services was not good. I had to take two buses to get to the international terminal. I had to wait for a wheelchair for an hour."

Masks required on board, masks provided on flights to Queensland

Middle seats unavailable to book on flights to Queensland

Testing for antibodies, testing for symptoms for flights to Queensland