Search hundreds of travel sites at once for hotels in Alfama 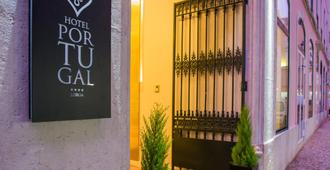 Overall 9.4 Excellent
Based on 1,357 reviews
All reviews
Cleanliness
9.6
Comfort
9.4
Location
9.8
Services
9.2
Staff
9.7
Excellent 8.2
Pros: Stayed over New Years weekend 2018. Very good location near NYE festivities, many local points of interest, and a metro stop with easy transfer to pretty much anywhere, including the airport. This was fortunate because there were a lot of street closures for pedestrian traffic in the area during this time. The room was very comfortable, the breakfasts were tasty and the hotel had an onsite 24 hr bar and room service “snacks and beverages” menu, which came in very handy for a couple of night owls like ourselves. 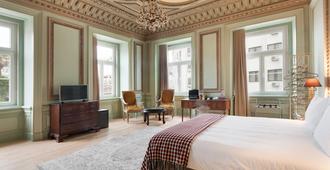 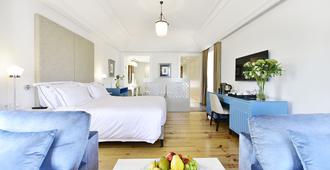 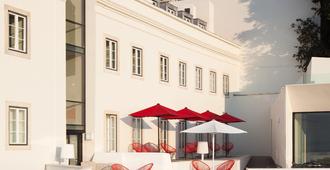 Rated no. 4
Memmo Alfama
9.2
Excellent 9.2
Based on 607 reviews
Details
Reviews
₹ 15,176
View deal
Solar Do Castelo, A Lisbon Heritage Collection
View all details
Details
Reviews
Within the walls of So Jorge Castle, stands the noble Solar Do Castelo with two floors and anattic. Solar Do Castelo is also known as the Kitchens Mansion as it is constructed where theold kitchens of Alcaova Palace once stood. This XVIII Century Palace, which is classified asan historic building, has several medieval remains, which likely belonged to outbuildings of thePalace, an example of which is the cistern. trafic access to our place is restricted to localsand taxis 24h a day.
Cleanliness
9.6
Comfort
9.4
Location
9.3
Services
9.1
Staff
9.4

Overall 9.2 Excellent
Based on 195 reviews
All reviews
Cleanliness
9.6
Comfort
9.4
Location
9.3
Services
9.1
Staff
9.4
Excellent 10.0
Pros: Loved this place all the way: the kindness of the staff, the cleanliness and character of the place, and the comfortable room. Highly recommended!
Good 7.3
Pros: Very welcoming staff and helpful
Good 6.3
Pros: Excellent touristic situation. Free WiFi and Port wine.
Excellent 8.0
Pros: Le cadre est fantastique; à la fois dans la vielle ville et dans le château. Le personnel est très chaleureux et sympathique. On a vraiment l'impression d'être chez soi. Le Buffet du petit déjeuner est généreux... avec des pâtisseries locales.
Good 7.7
Pros: simply:charming
Good 6.3
Pros: I like the courtesy of the staff. Hotel is located in a beautiful area of Lisbon.I would recomend it to all people who would like to be in the vecinity of Alfama and the Castle of San Jorge
Good 7.2
Pros: Fabulous setting in the walls of the old castelo - a superb, quirky hotel that is just great for thiose who wish to stay somewhere a bit different
Good 6.0
Pros: spirit of the city
Excellent 8.0
Pros: intimate, quaint, friendlyness of staff
Excellent 8.0
Pros: The Hotel has a wonderfully relaxed atmosphere. It's quiet and comfortable and the staff do their utmost to make you feel at home.
.equals("")
Cons: $self.cons
Mediocre 3.2
Pros: We really appreciated the location and the esthetic of the hotel. The hotel is very quiet and small, wheich makes you feel you are in an exclusive place.The staff helped us to find a suitable parking space for the night and collected us and our luggage. This was very much appreciated. However, despite the fact that the hotel was far from being full we were given a tiny room with a tiny bathroom which was not very practical for my wife who is 7 months pregnant... It rained that night and the noise from the roof was very strong and could not really sleep. A room upgrade would have been the right way to make us want to go again.
.equals("")
Cons: $self.cons

Rated no. 5
Solar Do Castelo, A Lisbon Heritage Collection
9.2
Excellent 9.2
Based on 195 reviews
Details
Reviews
₹ 19,891
View deal
Eurostars Museum
View all details
Details
Reviews
With a stay at Eurostars Museum, you'll be centrally located in Lisbon, just a 3-minute walk from Lisbon Cathedral (Se) and 7 minutes by foot from Commerce Square. Featured amenities include complimentary newspapers in the lobby, dry cleaning/laundry services, and a 24-hour front desk. A roundtrip airport shuttle is available for a surcharge.
Cleanliness
9.5
Comfort
9.4
Location
9.4
Services
9.0
Staff
9.4

Overall 8.8 Excellent
Based on 2,944 reviews
All reviews
Cleanliness
9.0
Comfort
8.3
Location
9.7
Services
8.2
Staff
9.2
Excellent 9.6
Pros: Excellent breakfast with A LOT of quality choices of food.
Good 7.0
Pros: Fantastic location with a small balcony overlooking the praca da figueira. Although directly facing the plaza, triple room was very quiet. It helped that there was an extra door between the bedroom and hallway. Excellent restaurant next door where we tried to eat most meals (tasty, great selection, cheaper than other restaurants in the area and great staff).
Good 7.3
Pros: Very neat hotel and in the perfect location. Staff is very nice!

Overall 8.8 Excellent
Based on 628 reviews
All reviews
Cleanliness
9.2
Comfort
9.0
Location
8.7
Services
8.6
Staff
9.1
Excellent 8.0
Pros: Great balcony with nice views. Close to castle for easy early entry and avoiding lines
Good 7.7
Pros: the room was very comfortable and we had a lot of space. the view was nice. we could walk to most places we wanted to go to. the reception was very helpful in providing concierge service.
Good 7.3
Pros: The staff is very nice and helpful.
Good 7.0
Pros: It was so clean and the location was so beautiful.
Good 6.0
Pros: The breakfast was excellent and the hotel was nice and quiet to stay with a child,
Good 6.0
Pros: We loved the area the hotel was situated in and the views from the hotel were attractive.
Good 7.6
Pros: They had the baby crib, yummy cookies, and port wine waiting for us when we arrived. the receptionist helped us find our way to the castle and recommended a great restaurant nearby that had a lovely view. The taxi to the hotel from the lisbon airport was 9.30 euros. Bring a baby backpack because strollers are no good on the streets.
.equals("")
Cons: $self.cons
Good 7.2
Pros: The upgrade, the welcome Champagne, the cookies,...the morning breakfast was excellent.
Excellent 8.0
Pros: walking tour of the old part of lisbobn
.equals("")
Cons: $self.cons
Good 7.6
Pros: Beautiful hotel and room. Good location. Car parking availbale.
Excellent 8.0
Pros: $self.pros

Rated no. 9
Olissippo Castelo
8.8
Excellent 8.8
Based on 628 reviews
Details
Reviews
₹ 11,787
View deal
Largo Da Sé
View all details
Details
Reviews
"Located in Lisbon Old Town, this guesthouse is within a 10-minute walk of Lisbon Cathedral (Se), Commerce Square and Castle of Sao Jorge. Rossio Square and Lisbon City Hall are also within 10 minutes. Baixa-Chiado Station is 6 minutes by foot and Largo Trindade Coelho Stop is 14 minutes. "
Cleanliness
8.9
Comfort
8.4
Location
9.7
Services
8.3
Staff
9.4
Overall 8.7 Excellent
Based on 591 reviews
All reviews
Cleanliness
8.9
Comfort
8.4
Location
9.7
Services
8.3
Staff
9.4
Excellent 10.0
Pros: Had an overnight stay in Lisbon on my way home from Holland. Randomly booked here and overall enjoyed my stay! Friendly staff, clean rooms, good location to walk about and see the city. Would recommend and possibly stay again if I ever end up in Lisbon!

Overall 8.4 Excellent
Based on 5,326 reviews
All reviews
Cleanliness
8.6
Comfort
8.4
Location
9.5
Services
8.2
Staff
8.5
Good 7.7
Excellent 8.2
Excellent 9.4
Pros: Location, cleanliness, the room were all great.
Good 6.5
Pros: great location in city and re airport bus/metro transport
Excellent 8.2
Pros: Fantastic location with amazing views from the rooftop bar.
Excellent 9.1
Pros: Near most places you want to go to, but still quiet.
Excellent 8.0
Pros: I think that the staff is wonderful and the accomadations are perfect.
Good 7.0
Pros: The hotelroom was quiet and the staff was always very polite and willing to help.
Excellent 8.0
Pros: Parking free . Lucky i was internet was free , usualy you pay fortune!!! All was best you can get . Breakfast egg and sosages were cold
Okay 5.3
Pros: The location is excellent and the room was clean and quiet.
Good 6.7
Pros: Location right in the center, close to public transportation, nice breakfast, very friendly staff, very tasteful design of the lobby and breakfast room
Good 6.4
Pros: Location, right in the heart of the city. We got a real feel for Lisbon.
.equals("")
Cons: $self.cons
Okay 5.6
Pros: Good location, courteous and helpful front desk staff
Good 6.8
Pros: Easy access to the City. Staff very friendly ,especially 24 hr restaurant
.equals("")
Cons: $self.cons
Mediocre 2.8
Pros: Lcoation of the hotel was good.
Good 6.0
Pros: Especially the breakfast and its location 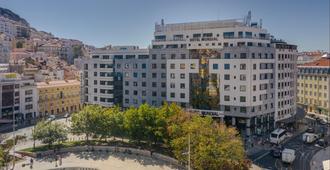 Overall 8.2 Excellent
Based on 1,502 reviews
All reviews
Cleanliness
8.6
Comfort
7.8
Location
9.5
Services
7.6
Staff
8.3
Excellent 8.2
Pros: Central location, view of the castle from the room.
Good 6.2
Pros: Very good location and helpful kind staff.
Okay 5.7
Pros: The central location
Good 7.7
Pros: location, price, friendlyness of staff
Okay 5.7
Pros: The hotel was convenient for the old city. Breakfast was good value.
Good 7.3
Pros: Fantastic location in the middle of touristic Lisbon - a few metres from the Castle, a few metres from the shopping area and very good for trams to Belem etc. Extremely friendly staff, very clean room, plenty for breakfast.
Excellent 8.0
Pros: The location was great. We could walk to most of the sites and it was only a block to the main square to catch transportation to every place else and getting to and from the airport was easy. The hotel was very clean and the room was large for European standards. The bathroom was very large and I really liked that it had a separate stand to keep toiletries on. The breakfast was good and plentiful. Hotel staff very helpful and friendly. I would definitely stay here again.
Good 6.8
Pros: very close to the center
Okay 5.6
Pros: $self.pros
Okay 4.4
Pros: Very good location
.equals("")
Cons: $self.cons
Good 6.0
Pros: The desk clerk was extremely helpful in dealing with the car hire company (Sixt) who were unable to collect the car at the appointed time - he moved it twice in the six hours which elapsed before they came (didn't stop it getting clamped though!). The room was quiet, spacious and comfortable.
Good 6.8
Pros: The location was fantastic. It was close to local transportation, shopping and sights as well as restaurants. The prostitutes outside did not cause a problem for me. Breakfast was good. 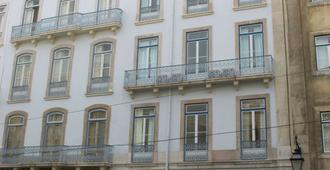 Overall 6.8 Good
Based on 267 reviews
All reviews
Cleanliness
6.6
Comfort
6.0
Location
8.1
Services
6.0
Staff
7.3
Excellent 8.2
Pros: The staff is really nice and the location is really good for the price, near to the city center - 10 min walking. The metro is near also and there are a lot of places to eat around.

Where to stay in Alfama (Lisbon)?

Our map will help you find the perfect place to stay in Alfama by showing you the exact location of each hotel.

FAQs when booking a hotel in Alfama

What are the best hotels in Alfama?

How much does a hotel in Alfama cost?

How much does a hotel in Alfama cost for tonight?

How much does a hotel in Alfama cost for this weekend?