Excellent
based on 201 reviews
Compare vs KAYAK |

Cheaper
Average
Higher
Based on average prices of 3-star hotels.

+
No reviews found. Try removing a filter, changing your search, or clear all to view reviews.

The Moxy New Orleans Downtown/French Quarter Area is located in one of the most popular neighborhoods in the city. It is walking distance from Bourbon Street and only a five-minute drive from Smoothie King Center and Mercedes-Benz Superdome. This 4.5-star modern hotel is only 12 miles from Louis Armstrong International Airport. This establishment has 108 pet-friendly, non-smoking guest rooms. There is paid private parking nearby as well as a bar and lounge.

There are five room types to choose from including queen, double queen, and king guest rooms. There is also a larger guest room with two bedrooms, each of which has a queen bed. The suite has a king bed and a sofa bed. These rooms come with complimentary high-speed wireless Internet, plush beds, and lots of soft pillows. There are also smart televisions and large windows to see New Orleans. The rooms come with an iron and ironing board, hairdryer, and a workstation with a desk and chair.

There is a fitness center at the hotel with free weights and cardiovascular equipment. Several spas are in the area including Spa at Windsor Court. There are also three golf courses six miles or less from the hotel.

How far is Moxy New Orleans Downtown/French Quarter Area from the airport?

Does Moxy New Orleans Downtown/French Quarter Area have a pool?

No, Moxy New Orleans Downtown/French Quarter Area does not have a pool on-site. 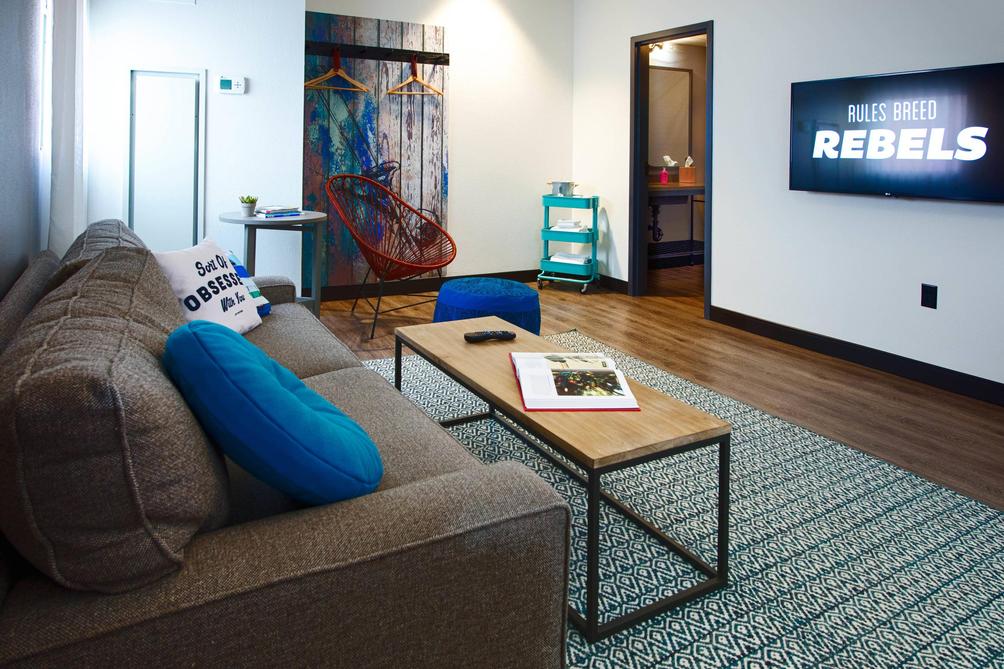 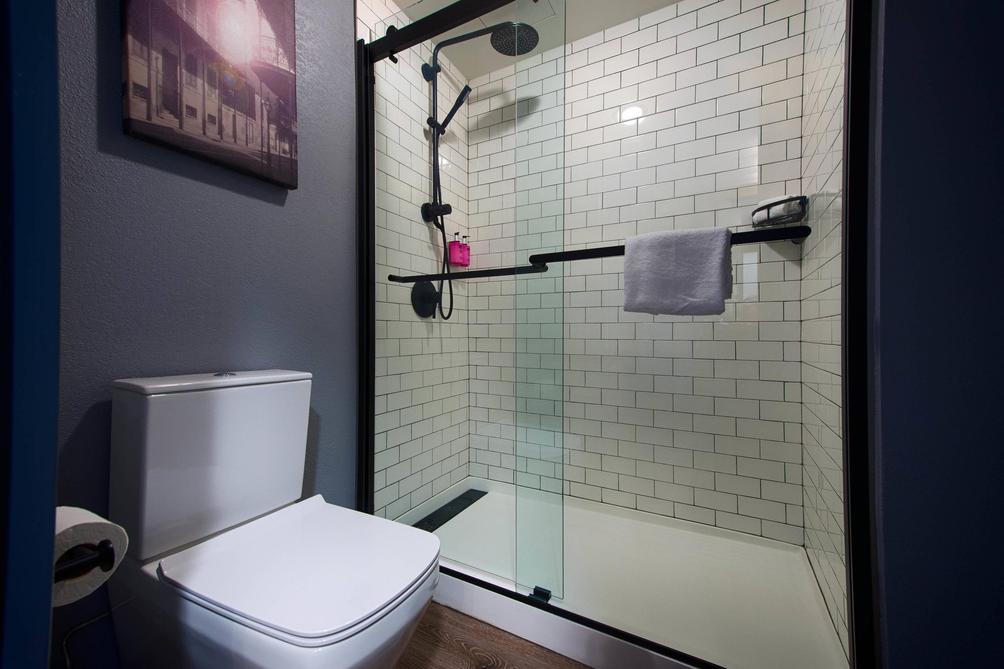 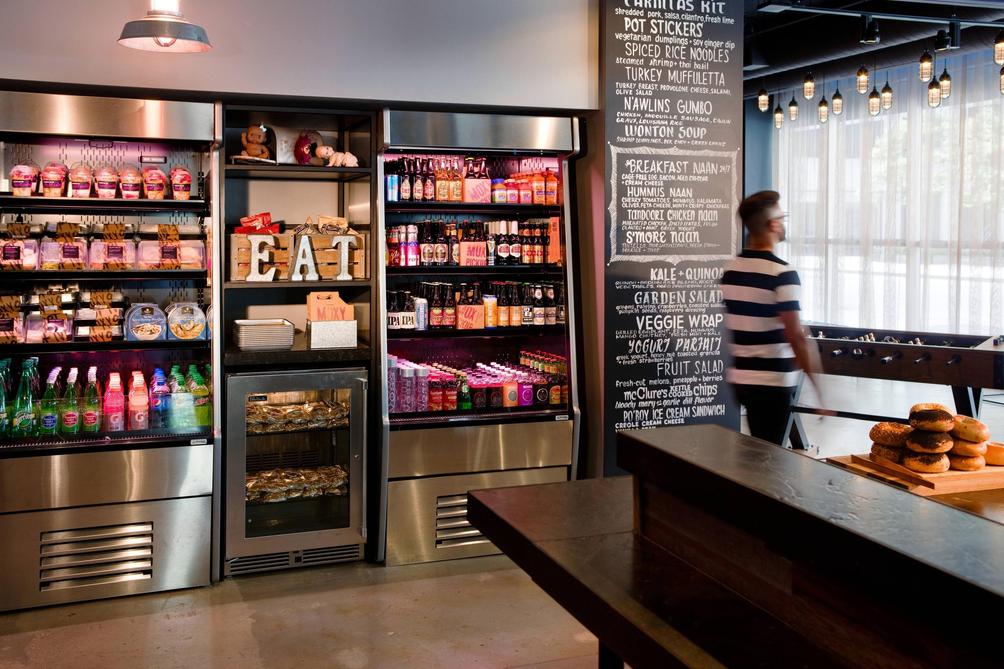 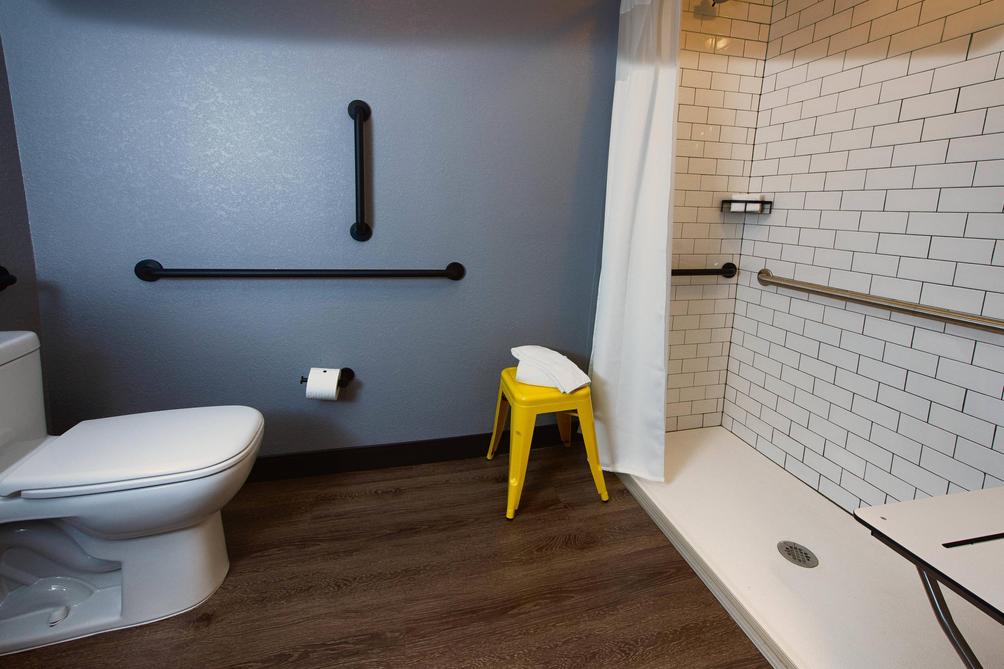 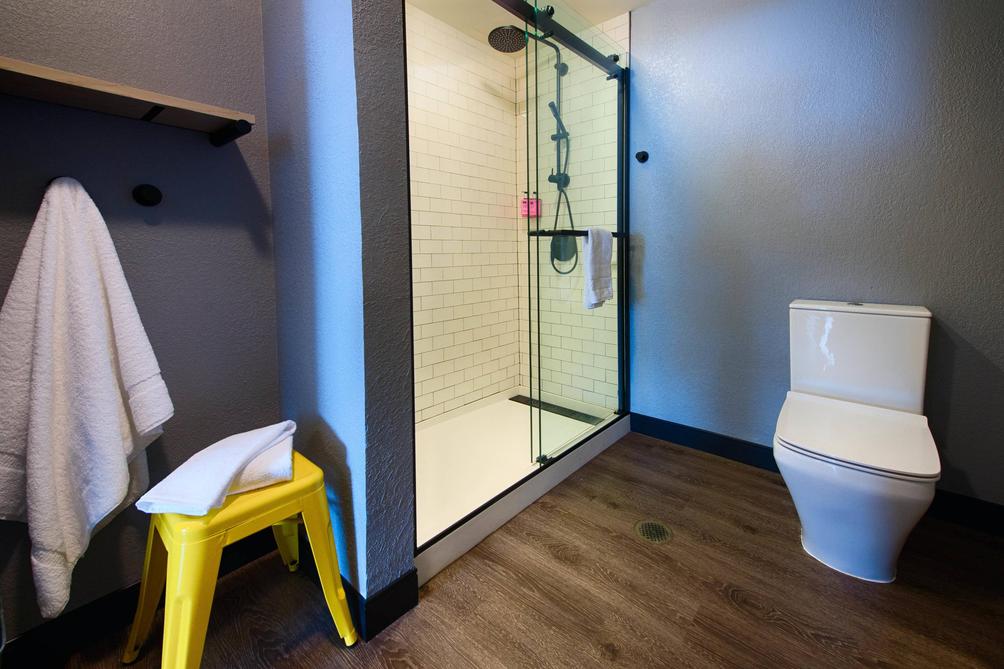 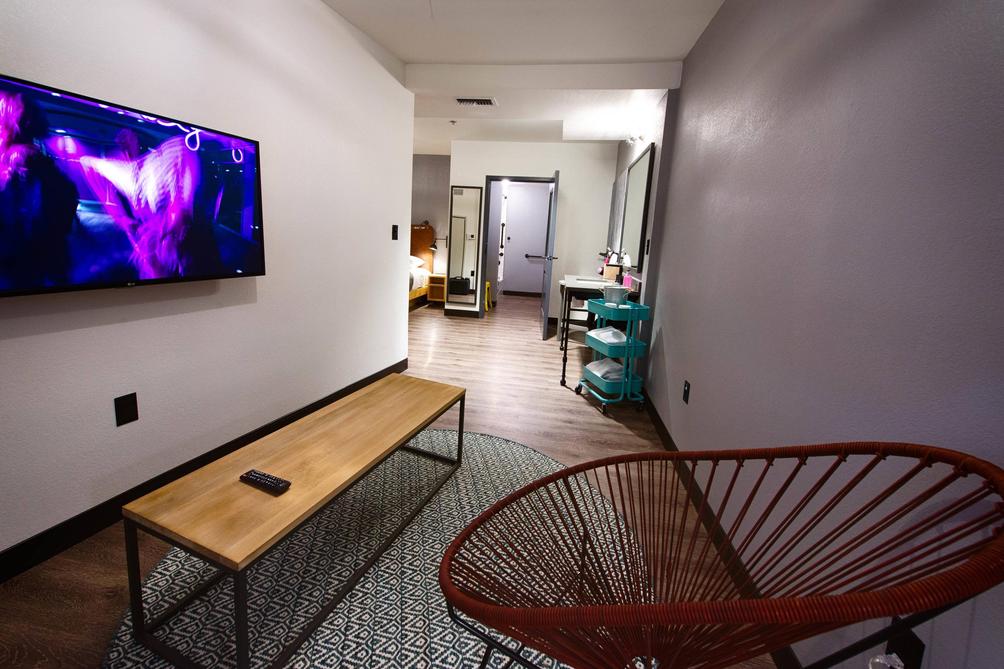 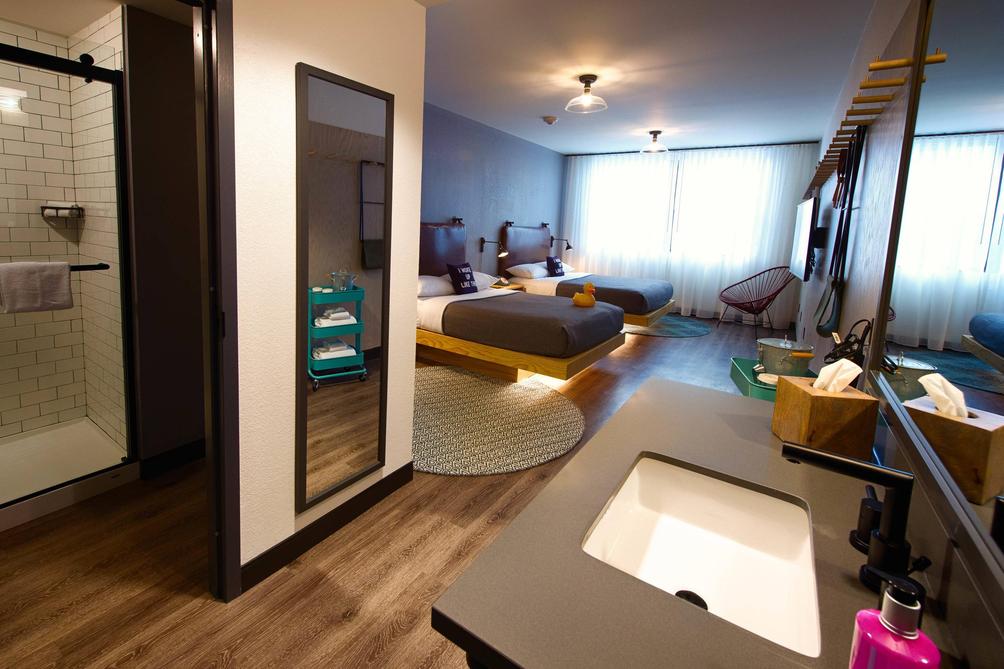 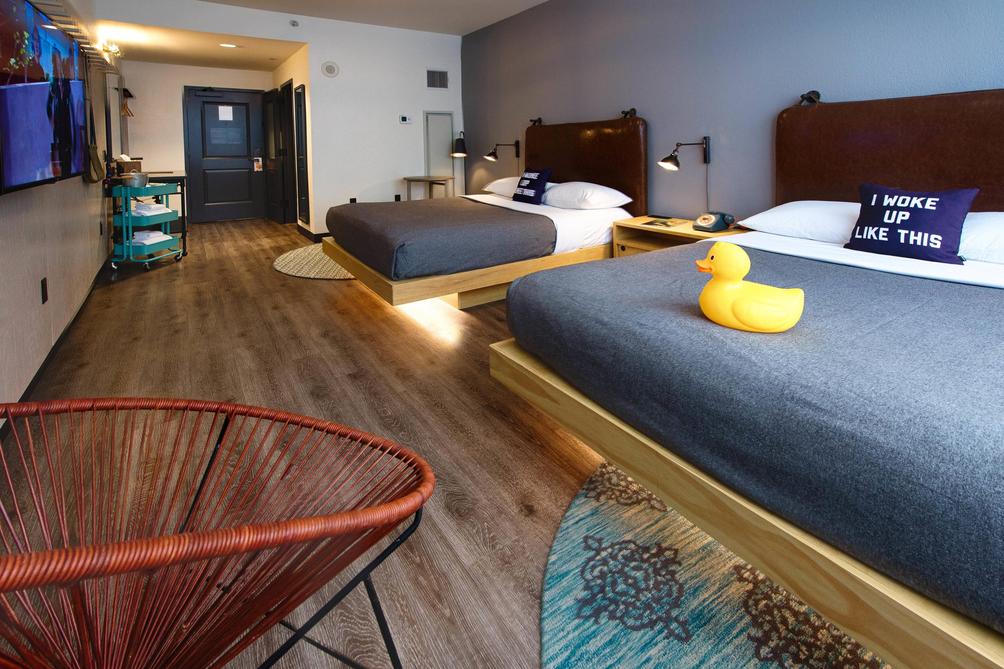 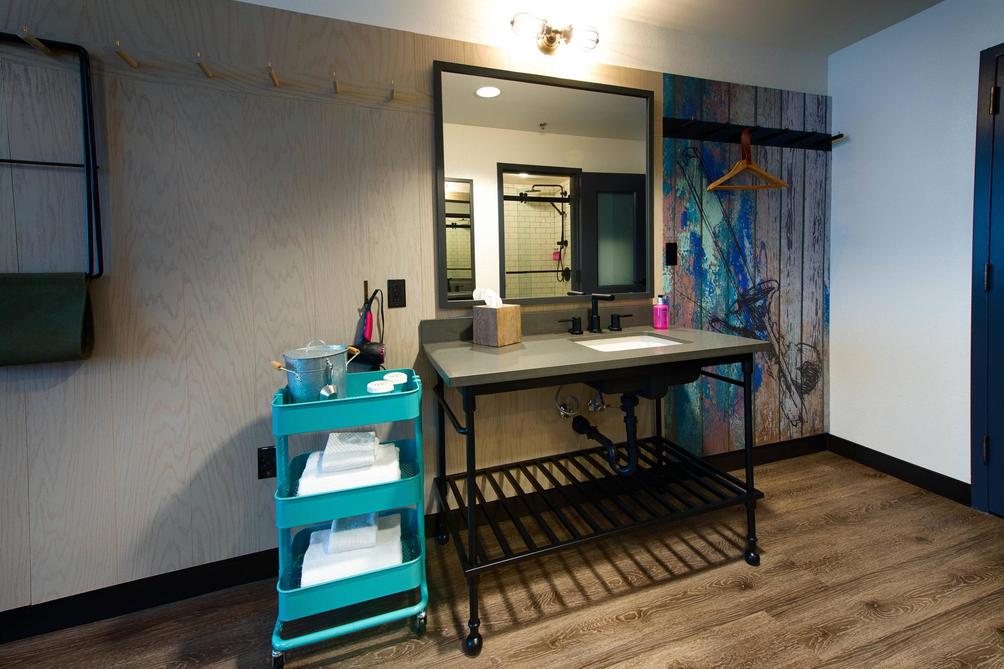 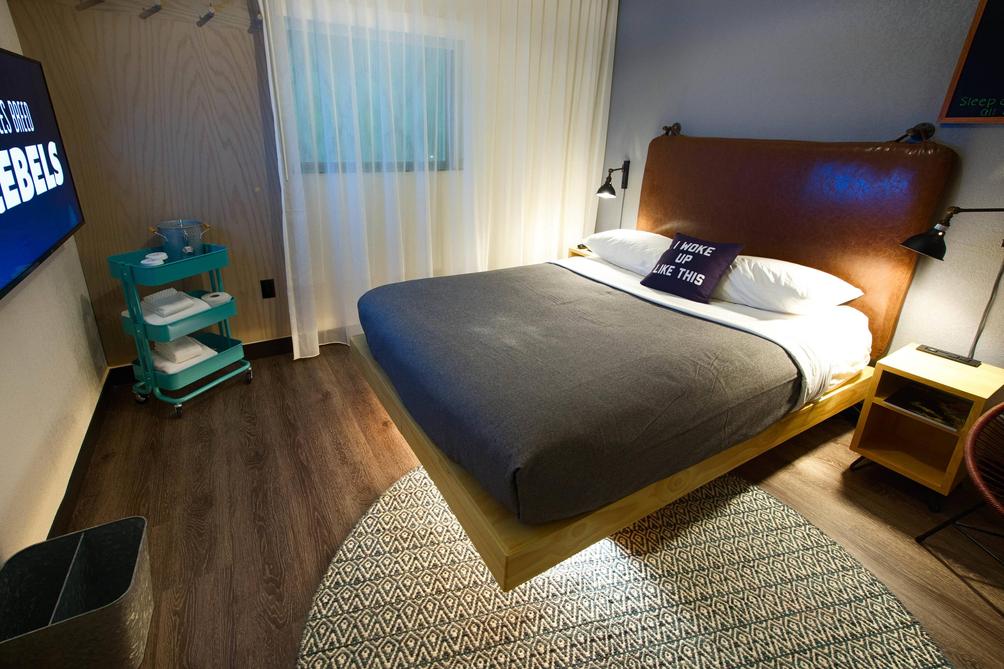 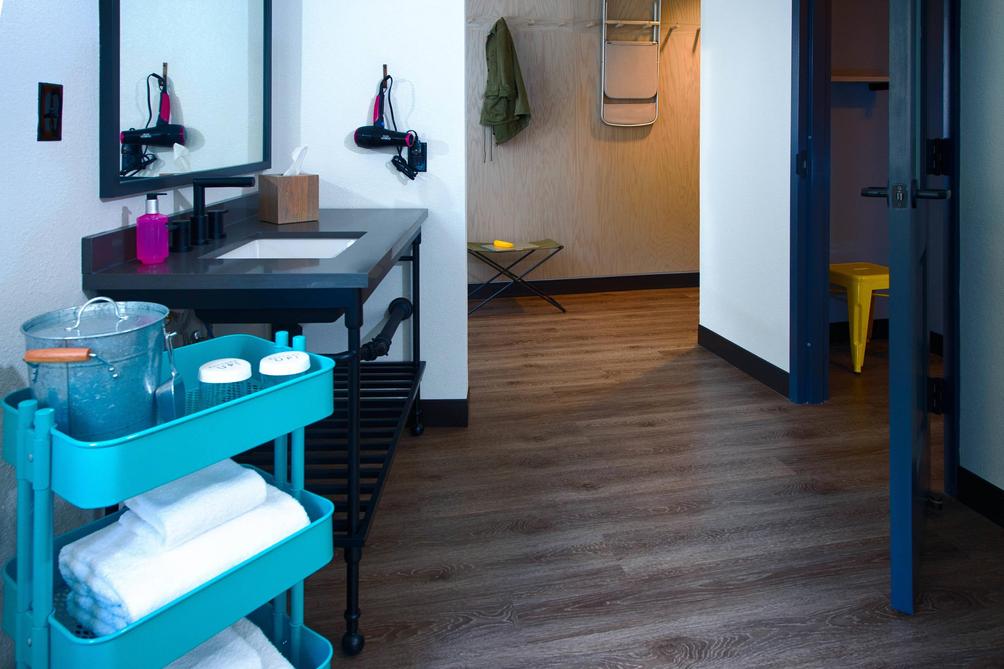 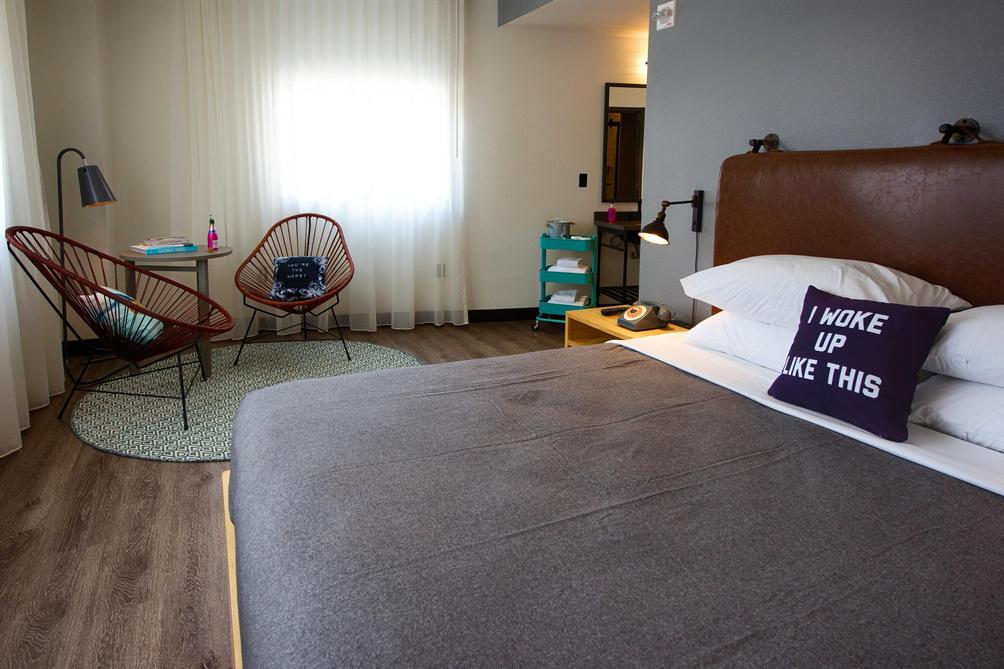 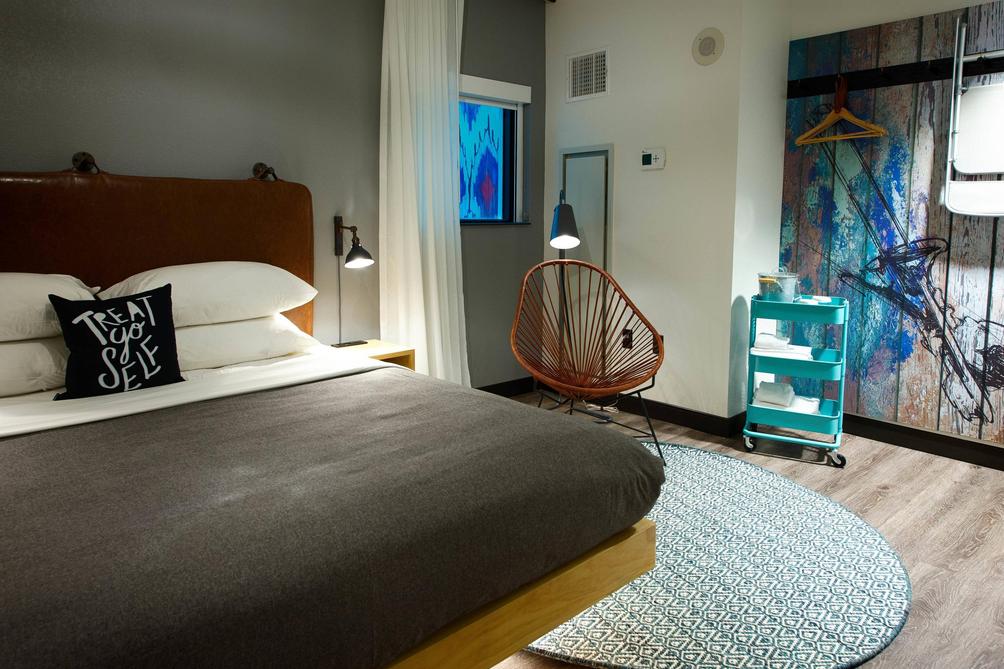 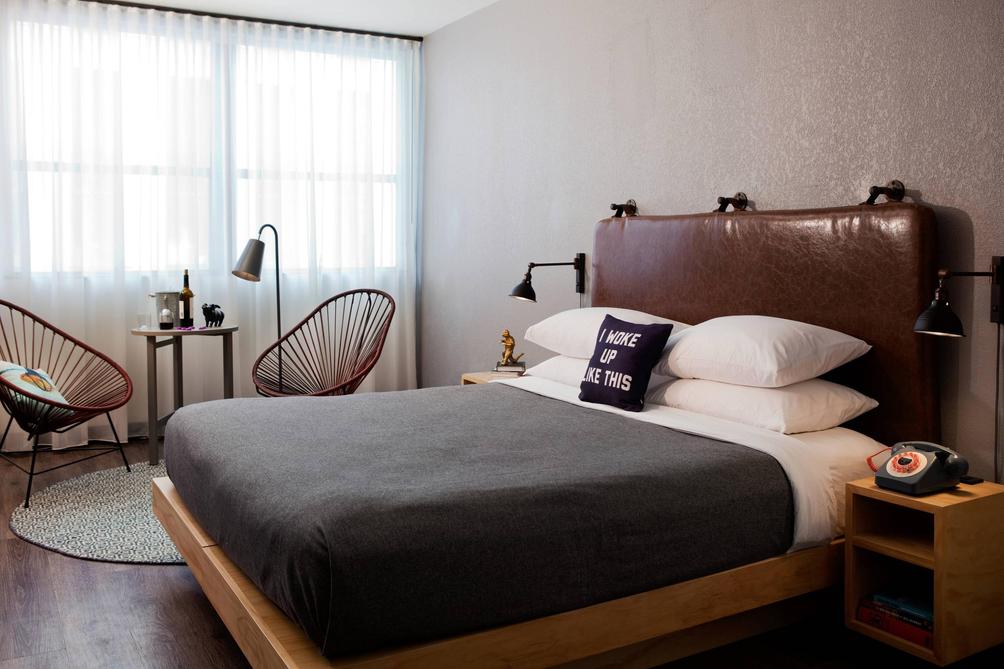 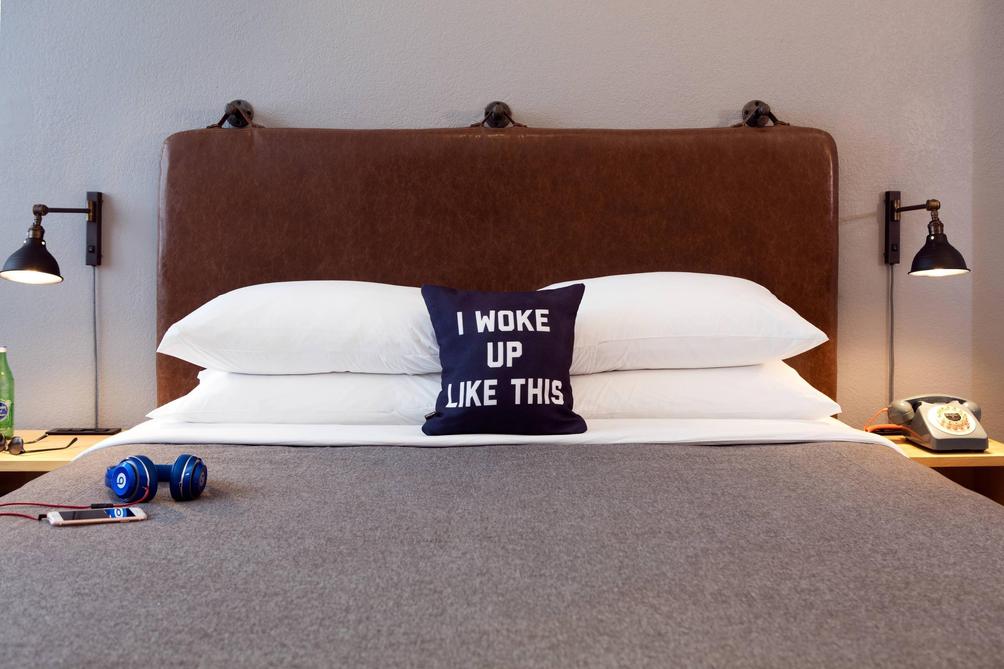 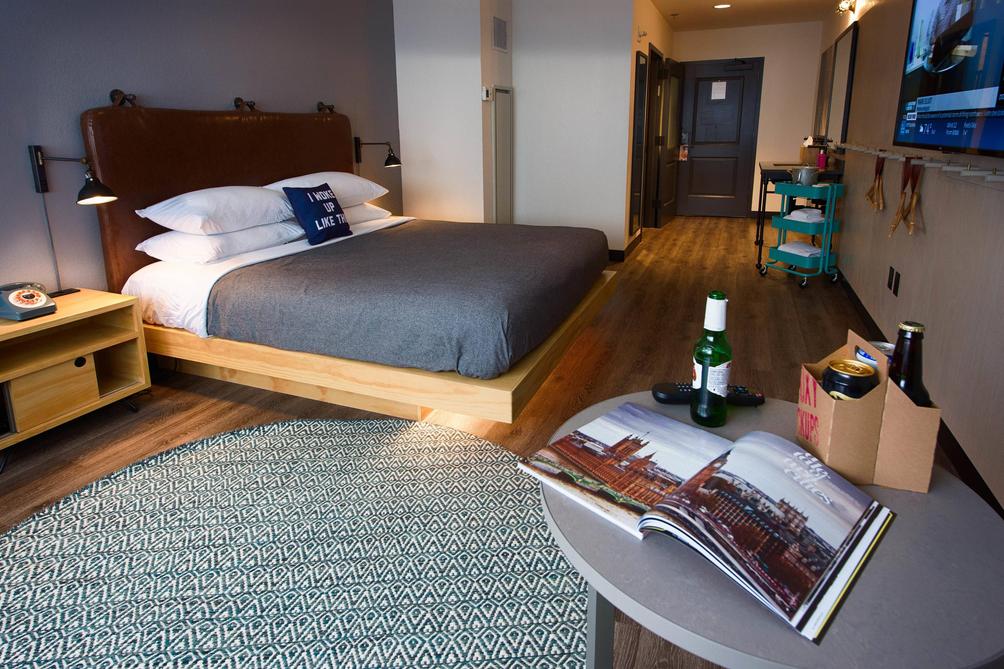 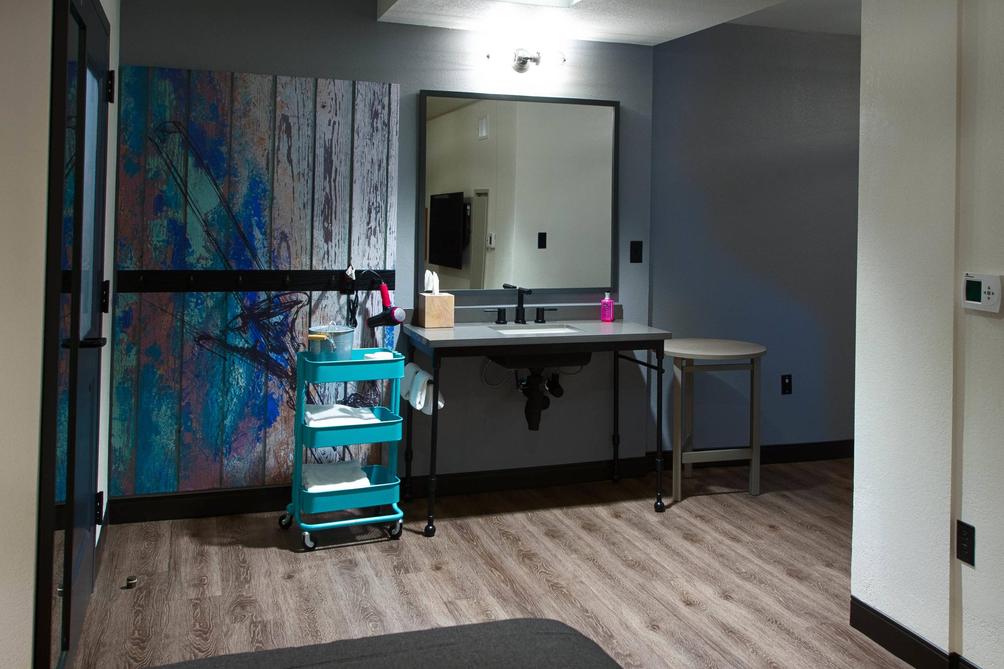 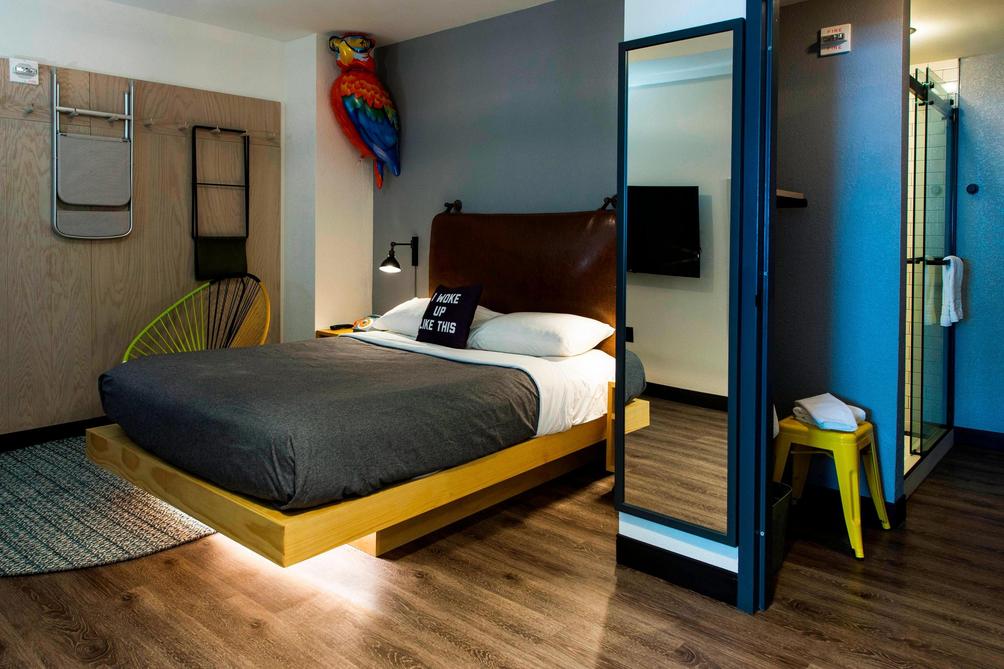 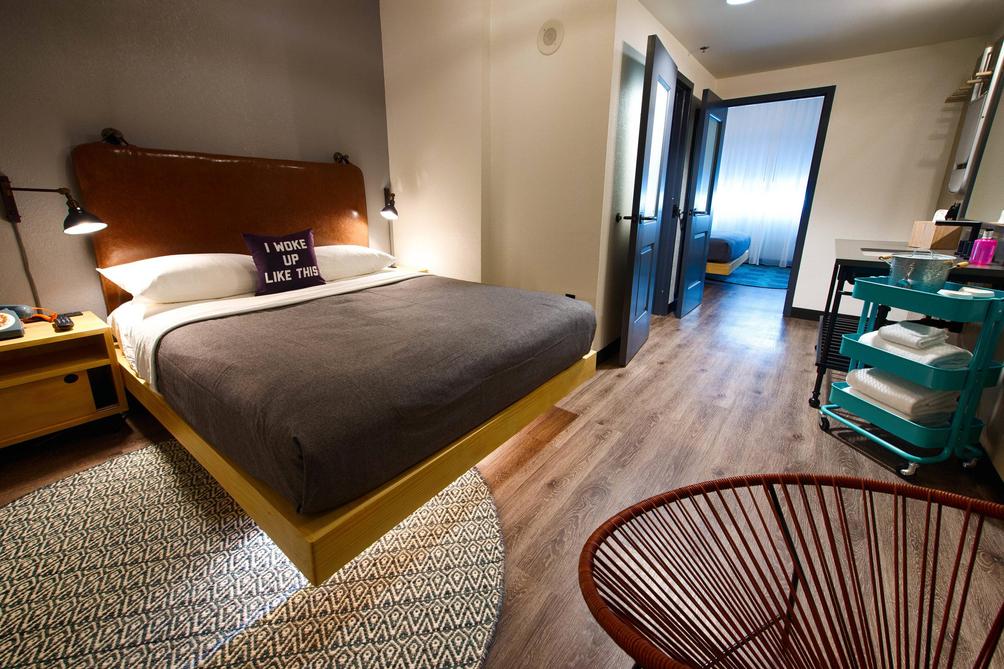 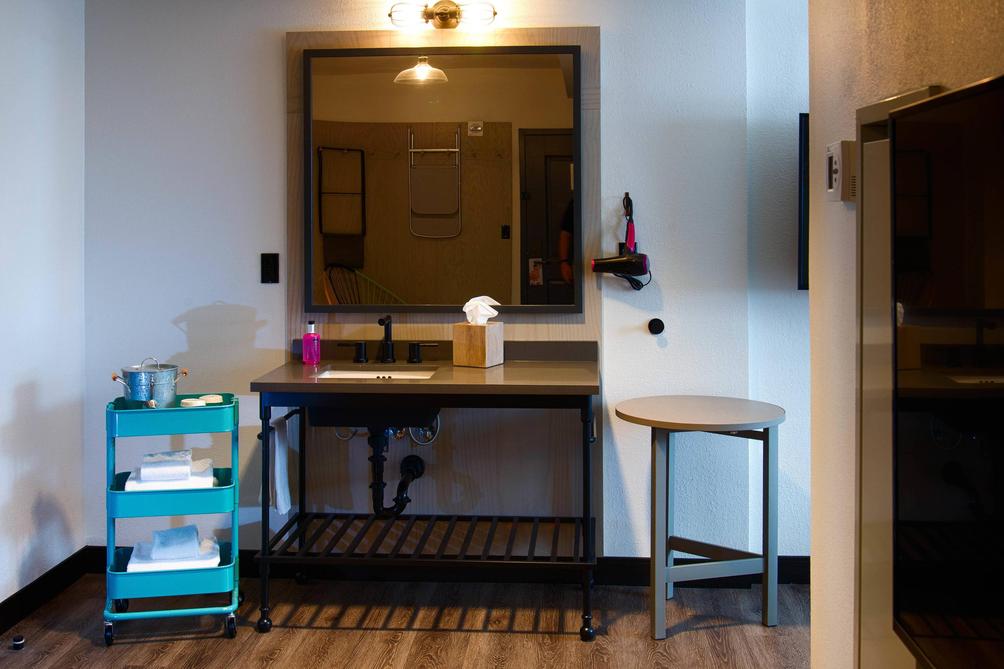 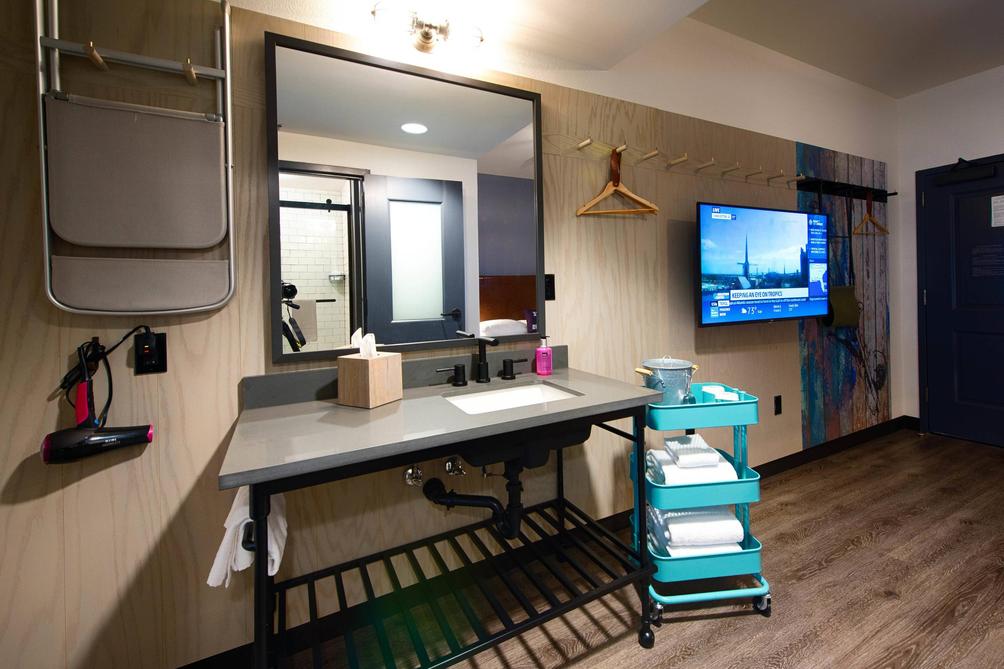 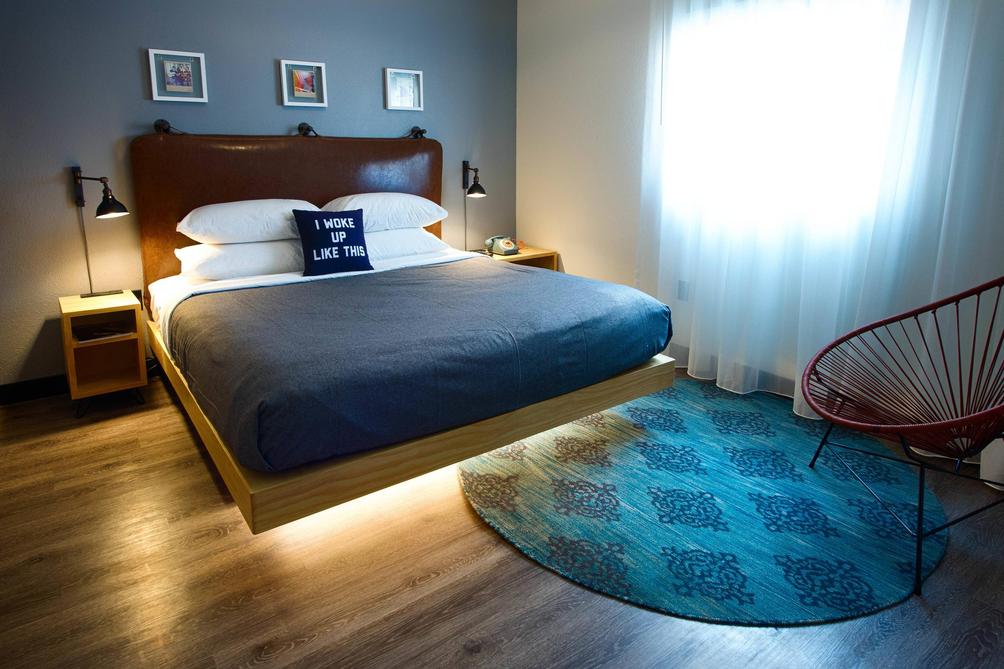 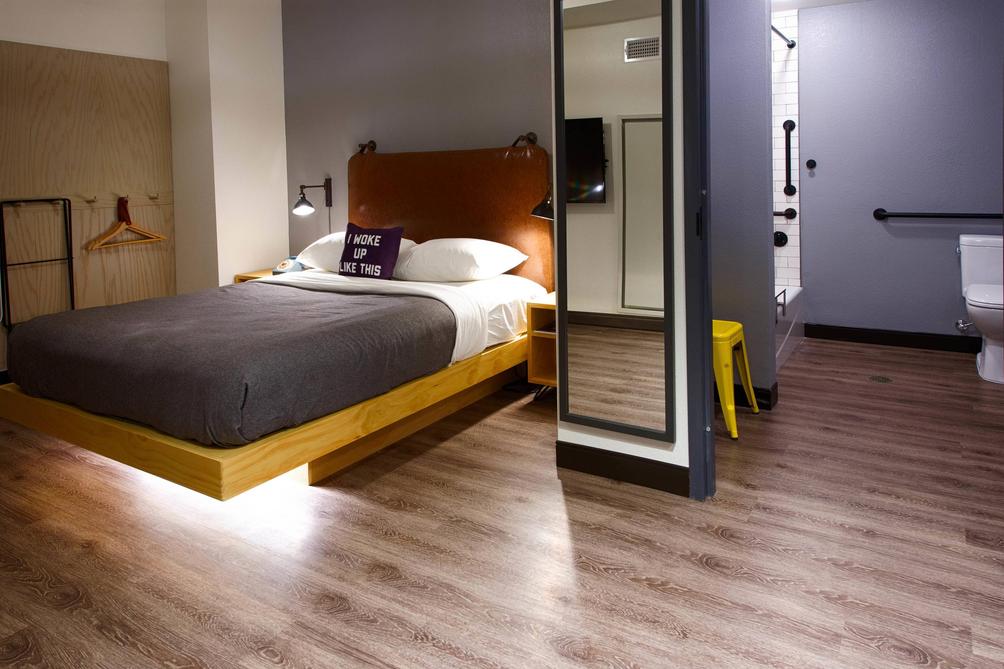 “Love the design of this hotel love checking it at the bar!”
“Love that you check in at bar and get a drink”
“Also the staff at bar were very helpful and friendly!”
“Reception desk is the bar.”

Learn about New Orleans on KAYAK